The Venrap experience with musician Vicious

Fulufhelo Mukhwantheli, popularly known by his stage name Vicious, has been in the VenRap industry for nearly a decade but is only releasing his first album now.

Vicious (27), from Makungwi village in Nzhelele, became familiar in music circles soon after completing his Grade 12. With this new album, Tithe, Vicious recounts his experiences since he started trying to figure out the path of his life as a young boy.

At that time, he tried to find a balance between his tertiary studies and music. This included writing lyrics, spending time at the studio and studying for his IT qualification at Vhembe FET College. As an IT technician by profession, he reckons that music helps him express his true feelings about his life experiences, challenges and happiness. “Music helps me take off what is on my chest,” he said.

His album is expected to be released sometime next month.

Talking to Limpopo Mirror about his new album and experience in the VenRap music, he recalled that starting out was not an easy path, but he endured the journey as he was committed to fulfilling his dream and passion.

“Unlike some artists, I give music that speaks to the soul, motivates people and gets them to think more and hard about situations they go through. I give them hope and show them they are never alone. And if I can do it, they can do it too, so it's easy to connect because it's more soul to soul. My singles have been doing very well out there,” he said.

The album follows the success of his single tracks released last year that have been receiving airplay on multiple radio stations, including Phalaphala FM. Some of these songs included Thama yanga, One-day featuring Prifix and Fizzy, and No worries, featuring KashFlow.

With the assistance of his mentors, Israel Mureri, better known as Cigga, Mulanga Ralioma, known as KashFlow and Mbavhalelo Radebe, whose stage name is Fizzy, Vicious has been featured in numerous songs and at gigs and events throughout the years in the Vhembe District as well as in Pretoria.

When he started out in music circles, he was signed by Mattown Music Production and subsequently joined the TooFab Music Record Label in 2011.

“I saw him growing up and unleashing his own talent. He is one of the guys under our record label that we will give more attention and promote him on a national platform,” said Cigga.

Vicious had already made his mark at a very young age in the VenRap industry as the most featured artist. He recalled that his first performance was frightening, since he did not know how people would react.

Initially, this rapper used to write most of his songs in English and it did not sit well with VenRap fans. Through this challenge, he supplemented his lyrics in Tshivenda, which in turn allowed him to connect to local fans.

“The music that I write is my thoughts, how I see the world and everything I've been through. So, it's not easy opening up. But when people start to listen, you enjoy every moment and it gets easy to do more,” he said.

Vicious can be reached on social media platform as Vicious Toofab on Facebook, and @Vicious_toofab on Twitter. 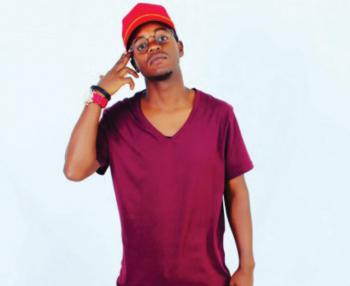 Vicious expresses his thoughts and mind through music.