Shishenge's poetic journey is one of determination

Dlayani Enock Shishenge's poetry is unique and no lover of music and poetry will ignore it, as it vibrates with the rhythms of good music.

He was born in Jimmy Jones village, Malamulele, some decades ago. He is currently based in Ivory Park, Tembisa in Gauteng, where he teaches Xitsonga at Eqinisweni Secondary School.

He writes in Xitsonga and English.

“I started writing poetry when I was in Grade 10,” he said. “I only took my craft seriously when I got to Giyani College of Education, where I would write some poems and perform them during functions and other public gatherings.”

He states that, as a student teacher, he met one pupil whom he was teaching in Grade 10 when he was doing his practical training at Mafumani Secondary School at Homu 14A. “His name is Emmanuel and he had a poem, which was published in the Timbila Poetry Journal,” he says. “He lent me the book and I was impressed to see his work published in a book. From that time, I got hooked with the publisher Vonani Bila.”

Shishenge said he admired Bila’s poetry and his publishing initiative, where he nurtured writing talent and encouraged people to read. “I regard Bila as a poet who played a very important role in my literary life,” he said. “He invited me to a workshop where I met big names on the South African poetry scene, such as David wa Maahlamela and Goodenough Mashego. He introduced me to fellow poets Floyd Shivambu and Moses Mtileni. I had poems published in Timbila.”

He joined Eqinisweni Secondary School as a Xitsonga teacher in 2005. “I was a relatively young and skinny person then,” he said. “I established the Eqinisweni Poetry Society, where I recruited learners for performing arts such as poetry, drama, storytelling, comedy and dance.”

He popularised his school and his learners won several provincial and national awards through word-of-mouth programmes, such as the Heritage Council Competition and Segarona Dramatized Poetry.

“I won the OR Tambo Essay Writing Competition and went to Tanzania in 2010,” he said. “I also travelled to Wales on a cultural exchange programme in 2011.”

He has two manuscripts that he hopes to publish in good time, namely My Gospel Scripture, Swisin’wana swa vana, and a novel, Siringa.

An acclaimed poet and art critic, Goodenough Mashego, has this to say about Shishenge: “Enock is not a poet first and a teacher second or a teacher first and a poet second – he is a poet who teaches in a school – a teacher who writes poems about social conditions.”

He obtained the third position in Gauteng’s National Teaching Awards in the category of Excellence in Secondary School Teaching in 2018. He is a community activist and revolutionary watchdog. He is the author of a Xitsonga poetry collection entitled Nsati wa Gayisa (Timbila Poetry Project). 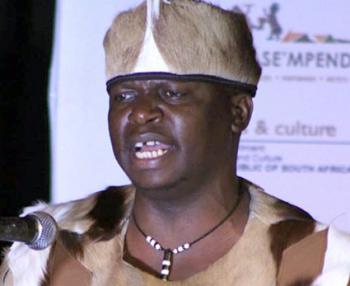