The new CD of hip-hop artist Rotondwa Simelane, Venrap Solution, is doing well on the market. Better known as Batondy, Simelane released the album about a month ago.

“This is my best ever album and that it is the reason why I dedicated it to the Lord, giving thanks for all He has done for me. The road thus far has not always been smooth, but the Lord helped me soldier on and on.”

He further indicated that he would not have achieved this much had it not been for the support he had received from his manager, relatives, family members and friends, whom he described as his pillars of strength.

Batondy hails from the dusty village of Ha- Begwa in the Tshaulu area and is at present helping musicians to mould their careers. He also coaches young and aspiring artists and helps them with recordings.

According to him, producing a quality album every year is not possible since doing so needs time to compose and arrange quality music. He also fired shots at music pirates, saying they were stealing the livelihood of artists and leading to the closure of the music industry.

Batondy said his new album was a gift to all his loyal fans who continued to support him through thick and thin. “I wanted to take a rest, but pressure from my fans forced me to go back to the studio to record this album.”

He is concerned to see that some young people consume liquor and others are using drugs. He feels that, with God in a person’s life, using artificial sources such as drugs to become happy is not necessary. He also stated that, even though he had not gone far in terms of education, he had come to realize the importance of education and always encouraged the young ones to put education first. 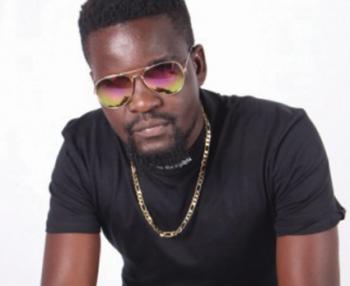