Nelson D is a rising star from Makonde

An upcoming musician from Makonde village, Shudufhadzo Ramakulukusha, popularly known as Nelson D, is quickly making a name for himself as a vocalist and dance-hall sound creator.

He has just released another single, entitled A hu na munwe, which is also earning him massive respect from fans across the country.

“A hu na munwe is a hit, which also means that I have just become a hitmaker as it is what people who have listened to my song are telling me,” he said. “I love music with all my heart, and I don't think there's anything that can separate me from music.”

This 24-year-old artist fell in love with music at an early age when he engaged himself in singing in church and school choirs, where he discovered his singing talent and honed his singing skills.

“I am songwriter who has explored and was encouraged and trained by musical masters such as FB Rantsana, Gerson Magwabeni and TD Sidemela during my schooling days,”
he said.

Since 2009, he has been releasing hit after hit, and some of which are Why you run away, My trust, and Money, money, on which he featured various artists from around his neighbourhood.

A hu na munwe was released by Victory Music Productions. The song is very popular among his peers in his village - even kids walk the streets singing their lungs out when they hear it being played. He sings hip hop and Afro-pop.

“Without a doubt, the song is a one of those that hardly go off your mind easily,” said Nelson D. “It is all about a guy assuring a girl he is in love with not to be insecure or think otherwise and doubts the love he has for her.” 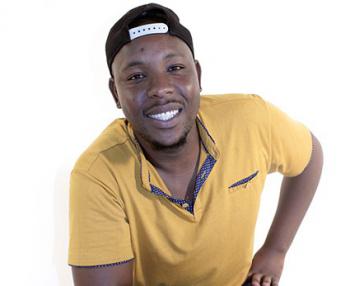