Years of perseverance and hard work to polish his career in music finally paid off for musician Manase Malatji.

The staunch Christian from Phalaborwa came out smoking with the release of his debut album Jeso O Boletsi. The 12-track album, with monster hits such as the title track Jeso O Boletsi, Jesus Is The Answer and Jeso Kresto O Tlile, among others, was released last week.

On the album, which brings a fresh breeze into the gospel music arena, Malatji displays his powerful voice and complements it with carefully arranged and melodious instruments that gospel music lovers have been awaiting for a long time.

All the tracks have a message and are lessons that listeners could learn from. "I was born and raised in the church, and music has been part of my life, but the turning point was when I was baptised in 1986. That was when I discovered my musical talent that brought me here where I am today," he said.

Malatji further indicated that he started working on the album last year and that all the tracks were original and not copied from others.

He sings about personal experiences and current issues happening in the country and says some of the songs come to him in his sleep.

"I am putting a message across that God exists and He is the answer to all our problems. Our people are getting lost because they do not read the Bible. Some go to very far-away countries seeking prayers, while God is with them at their homes and churches all the time. This is causing confusion and people are beginning to follow false prophets, because they do not read. God is there for us all," said Malatji.

He will soon embark on a countrywide tour to promote his album.

His music is distributed by Dakota Musi and for bookings he could contacted at 082 741 2668. 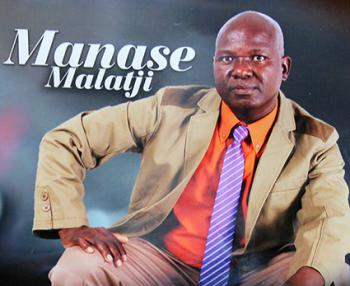 New kid on the block Malatji, who released a new album.