A full-time academy in the performing arts is about to open its doors in Louis Trichardt. This will provide an opportunity for local students to learn more and equip themselves for a career in fields such as acting, producing and even choreography.

The Matambwaashu Performing Arts Academy (MAPAA) is situated in the centre of town, at 16 Songozwi Street (opposite Midas). The fully accredited academy is the brainchild of Muhanganei Suzan Matumba.

“Acting is magical; it changes your look and attitude, you can be anyone,” says Matumba. She should know, as she has come a long way in the industry since her first “appearance” on stage while she was still a bright-eyed pupil at Tshikwarani Primary school in Madombidzha. After school she went to Johannesburg where she performed in commercials and in TV shows such as Muvhango, Generations and Broken Vows. She also performed in live theatre productions where she rubbed shoulders at the Market Theatre with legends such as Mbongeni Ngema.

During her time at the SABC she was used as a SABC news reader and she is widely regarded as one of the most significant voice-over artists by many of the production houses around Johannesburg.

Matumba explains that she worked in the industry for many years, but city life became very stressful. While she lived there, she finished her teaching studies at Wits University and received the award as best drama student. After that she spent some time in China, teaching children English. The Vhembe District, however, called her back and she decided to pursue a dream and open her own academy.

“At MAPAA we want to nurture high-quality artistic work. We also aim to inspire dreams and, at the same time, support cultural understanding,” said Matumba. The slogan of the academy is “Tano la vhutsila hanu”, which loosely translates into “A platform to showcase your talent.”

The academy offers one-year full-time courses as well as part-time courses. The lecturers are experienced people from a wide variety of fields and include award-winning actress and presenter Vele Manenje. Manenje was introduced last year as the new presenter of one of the country’s most popular television shows, OPW (Our Perfect Wedding). The other presenters are former Phalaphala FM presenter Lady J and Swankie Mafoko, a well-known actress, radio presenter and journalist.

Apart from classes in acting, writing and directing, MAPAA also offers courses in composing, choreography and dancing. The music instructor is Mukondi Makhwara, a trumpet player, drummer, composer, arranger and teacher. Makhwara holds a music degree with pedagogy from the University of the Witwatersrand, with vast teaching, travel and tourism experience.

The first classes start on 8 April, but prospective students must first go for auditions. These will be held on Saturday, 30 March. 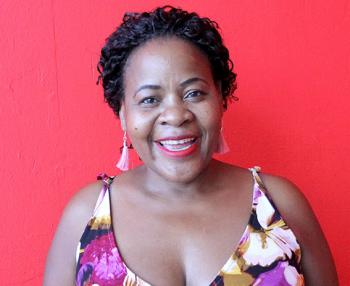