A captivating voice that is Lifeboy

A captivating voice at Makhado FM, Life “Lifeboy wa pure voice” Baloyi, is a DJ who is adding more substance to the community radio station through his amazing talent and gift as a good speaker and communicator.

A resident of Magau village in the Sinthumule area, Lifeboy fell in love with radio when he was only six years of age, listening to Phalaphala FM. “I loved the way Vho-Mpho Nefale would have listeners eat out of his hands with his jokes and advice, and then I knew that that was exactly what I wanted to do in life.”

Some decades later, he found himself listening to Makhado FM and he was moved by the flexibility of the radio anchors' voices when they tackled a wide range of current social affairs on air.

“I heard about a call for auditions with Makhado FM. I availed myself and, fortunately, I made it,” he said. “That was in 2017 and I have been entertaining listeners with my voice ever since then. I presented the Weekend Morning Show between 03:00 to 06:00, which was followed by a Weekend Afternoon Drive.”

He attended Madombidzha Primary School, Magau Primary School and Ratshisase Secondary, and matriculated at Maluta Secondary School. He said the secret of a good and healthy lifestyle was to live in peace and harmony with all people. “I also respect all people, regardless of age, and I love people, so that is the reason I chose to work in radio,” he said. “Radio bridges the gap between me and the public who are dedicated listeners.”

He added that he had learned not to judge people because judging people stemmed from a mentality of stereotypes.

“I am a person who loves to share and care about other people,” he said. “I don't hate and so I don't judge because I don't want to be judged also. I find more value in going to church where I pray to God and praise Him. I am a member at the New Covenant Church under Vhaingameli Vho-Aluwani Phungo.”

He currently hosts the Party Time Show (Dziaswa) at 21:00 to 00:00 on Fridays. He also works as a salesperson for the radio station. 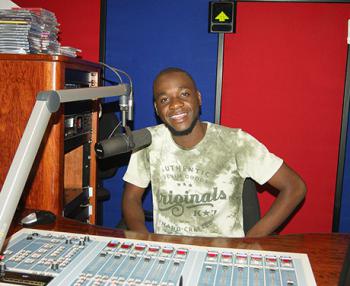