Jazzman back in the studio

Musical prophets of doom who think Alfred Tshimane Chuene’s music career has gone to the dogs are deceiving themselves.

Going by the stage name Jazzman, Chuene has gone back to the studio to work on his second album. His first jazz album, African Son, was released in 2014 through his own label, Jazzman Records.

Chuene, from Nancefield in Musina, says jazz music is a special genre that does not need seasoned artists like himself to release albums on an annual basis. “Jazz is music for the inner soul, and it is a sound that needs intelligent music ears. A song released many years ago can still be relevant today, because this music does not go out of fashion. My first album was released in 2014, but it still tastes like sweet honey in the ears of music lovers. This is simply because I gave myself enough time to work on the album while, at the same time, taking the needs of my fans into consideration.”

Jazzman says although his music is received well, a perception still persists that jazz music is for the elite. “Most of the ordinary community members feel that they should not associate themselves with this type of music, because they think it is high-profile music genre for those who are well off. Jazz is a music for everyone, and we must embrace it like all other types of music. I’m happy that my music is receiving air play both on national and community radio stations. I have no doubt that the second album I’m working on will thrill my fans because my aim is always to satisfy them.”

Chuene started his musical career in 1993. He plays different musical instruments at the local African Gospel Church. He is an undisputed master of piano, drums and bass guitar.

He said his breakthrough came after joining the now-defunct local jazz band, Midrands. “The band was a hit among the locals, and we used to stage powerful shows in Musina. I played a significant role for the group to record their album in a Johannesburg studio at the time. Unfortunately, the album was not released, as a result of other unsorted logistics with the recording company. But that did not deter me from following my musical dreams, until I decided to go solo.”

As a seasoned artist, Chuene has done recording sessions with artists such as Paku and Vhembe Heritage and Ambani. As a performing artist, he has also shared the stage with big names such as Mzwakhe Mbuli, Stimela, Colbert Mukwevho, Jonah Moyo, Zozo, Malondolo and Cornerstone. 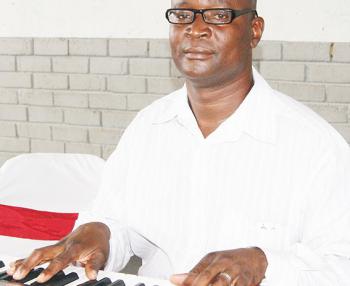 Alfred Jazzman Chuene has gone back to the studio to work on his second jazz album.