Doctor prescribes a change in lifestyle

A medical practitioner in Thohoyandou, Dr Lutendo Muremela, has just published a book, Living a healthy, long life. He decided to do so after practicing for many years because he had lost many patients due to illness such as high blood pressure, diabetes, strokes and heart disease.

Muremela said such diseases could be prevented and were controllable, but some people lacked knowledge, which led to unnecessary pain and diseases and with some eventually ending up in death.

According to him, 80% of the illnesses killing the people were preventable, avoidable and even controllable and he urged people to exercise regularly. “It has been found that lifestyle modification is the key factor in combating these illnesses. We warn people from smoking and substance abuse, especially young people, and they must also reduce drinking alcohol,” said Muremela.

“Since 2006, I have had a vision and passion of preaching about lifestyle modification and healthy living and now I have finally written a book about living a healthy, long life. A healthy diet and lifestyle are essential for the body to function naturally and without illness. It is then that the body will have the capacity to self-heal, self-maintain and self-protect,” he added.

The book was launched in the beginning of April in the Thohoyandou Library’s auditorium.

Dr Muremela (59) was born and raised in Matsika village in the Malavuwe area outside Thohoyandou. He furthered his studies at the then Medunsa. He now works as general practitioner and has practiced at the Tshilidzini Hospital and performed some part-time duties at local government clinics.

Living a healthy long life is his first book. It was printed by Thina Printers and Distributors in Thohoyandou. 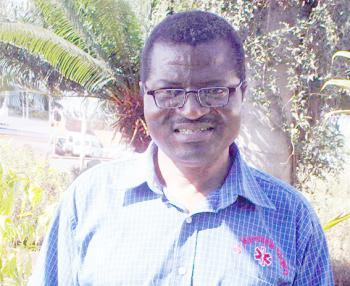