Thirty-year-old Bashean Mudau has found a niche as a reggae and dancehall singer and songwriter, whose talent is endearing him to thousands of fans.

A resident of Tshitungulwane in the Vuwani area, Bashean is well known as Bashy Jahbless, and his music continues to amaze many people.

He debuted with a full-length album, World without peace, in 2007. Unfortunately, the album did not do well in the music industry. However, the flop of the first album did not demoralise him; he knew that he had to pull up his socks.

“I made a comeback with Tshanduko yo swika in 2010 and African in 2011,” he said. “The two albums became popular out there, with people calling me many times to congratulate me. Some reported that they were playing my songs all the time. When I stepped into Vuwani, I could hear my music from almost every corner of the town.”

However, his best album came out in 2015 under the title Poor people's cry. On this project he worked with the skilful Just-Ice (Justice Mbedzi) on two songs, which also gained much popularity.

“I saw my star rising higher and I knew that I was really born to reach greater heights with my music,” he said. “I then worked on another project, which culminated in the release of I Love you mama.”

Last year, he was signed by Unik Prodakshin, an international recording company that is headed by producer MC-A. Soon he released his latest album, Jah Reign. It features songs such as Hold on, From Vuwani to Malamulele no, and Music never dies.

Jahbless is a prolific singer who is currently working on two new albums, Life's a blessing and Dem lock me up. “With my music, I mainly focus on freedom, politics, uniting people and teaching the youth history,” he said.

Jahbless was inspired by Jamaican artists such as Anthony B and Lutan Fyah. In his musical career he has worked with artists such as Rooijah, The Natty Lions, Sivhara Mulaudzi, and Ras Phumudzo Negota. 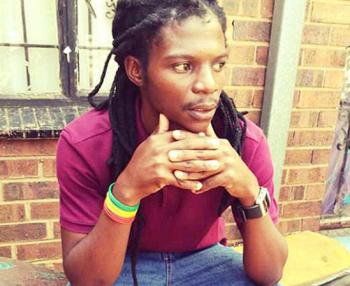