Local hip-hop artist Crazy Frazer is ready to blow away his fans with his new album.

Crazy Frazer launched his eagerly anticipated first solo album, Ndila, on 20 April at Makonde outside Thohoyandou. "Ndila basically mean it has been a tough journey, but all in all it was just my path to success. In life we travel on different roads. Our success in life won't be the same because the road that we take is not the same," Crazy Frazer said.

The 25-year-old from Makonde said that the 15-track album was comprised of songs such as Mali, Phanda Hard, Wanga Ndindothe, U wanga, Mutsiko Wa Vivho, Mufunwa, Ndila, and Doing.

The singer, whose real name is Lufuno Moses Ratshilumela Maduka, said that he grew up as a music lover. "I participated in a school choir when I was in Grade 2. I also grew up listening to famous musicians such as Zola 7, Eminem, and Lil Wayne," he added. "In 2006, when the Tear Gas group released the track Another chance, it made me fall in love more with hip-hop. I started my rapping career in 2006."

In an interview with Limpopo Mirror, Crazy Frazer said that he started recording in 2008 when he was leading the group Mak Heros and working with Hurricane TL, MPI, Nelson D and G Man. "In 2009, I recruited Ramzeey to join the group. In 2012, Mak Heros gave birth to Ramzeey Records, where I work with Ramzeey and gained fame after the song Ndia Mufuna, which was written by me."

Some two years ago he released a mixtape entitled Genuine Mulweli and an extended play (EP), Expensive Taste, which received a good response from the fans. He said that some good music was in the pipeline.

He attended Silemale Secondary School and studied for a BSc degree in microbiology and genetics at the University of Kwazulu-Natal.

The album is available on digital platforms such as iTunes, Spotify, Amazon, and Google. Alternatively, interested fans can phone him on 079 970 2046 to order a hard copy. 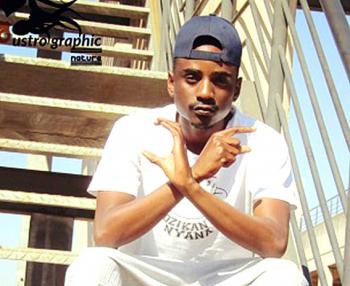