The rise of a talented gospel singer

A talented and skilful singer, Charles Thifhelimbilu Raliphaswa, has just taken his music to another level with the release of his third studio album, entitled Glory to God.

Charles, who is known by his stage name, Charles and the Healers Boys, is one singer whose voice enchants those who hear him sing even from a distance. He sings from the soul.

“Music has become a way of life for me,” he said. “I can't imagine leading this earthly life without music – I listen to music by other artists, I create my own music and also take good time playing it either in my car or my music system in the house.”

He explained that he found nothing wrong with staying indoors all day long, listening to good music. This is perhaps what makes him the good singer that he has become. “One must listen to good music across genres if one is to become a singer worth listening to,” he said. “You need to feel the music hit you – and you will get to experiment with a wide range of sounds.”

Glory to God comprises 12 tracks and some of the stand-out songs are A tshi mmbidza, Vha tendaho, U na ndavha, Re neilwe matla, Vhathu nothe funanani, Jesu a ntakula, andSizomlandela. All these songs contribute to making Glory to God a robust album. “I sing songs of praise and worship and also fashion some songs for prayer,” he said.

Charles has come a long way to find himself where he is today as a full-fledged singer who is in great demand by music lovers across Limpopo and in some other provinces here in South Africa. “I started out as a singer in the family boys' choir way back in 1994, where I honed my singing skills under the guidance of my two uncles,” he said.

In 2010, Charles released his debut full-length album, Ri fhe maanda, which was followed by Mulisa wanga in 2012. From the release of those two albums, Charles became famous and popular for songs such as Ri fhe maanda, Remember Me, and Lona ba rata o phela, which were all megahits.

He is also committed to helping youth choirs in that he grooms them into recordable singers. He has just recently worked with Dopeni Revelation Choir on their début album. “I seem to also excel in the tap-and-sing type of music, and I can train previously unknown persons until they become real singers who will then get to be known for their music abilities out there,” he said.

However, Charles is worried that the radio stations do not give equal airplay to all music. He complains that some radio stations normally discriminate against the singers on the basis of their denominations. “It doesn't need to work like that,” he said. “Gospel music is not limited to one church and the radio stations belong to the members of public who listen to them and not the music selectors or radio management,” he said. 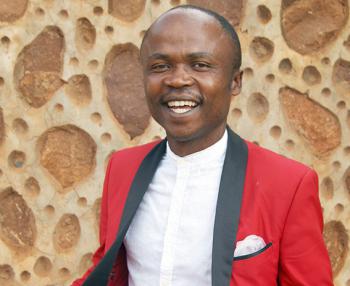