The third edition of the Collins Chabane Cultural Heritage Festival on Saturday night at Malamulele Stadium was truly a force to be reckoned with.

The festival is always rich in culture, music and lifestyle. This year, the festival hosted the biggest names in the South African music industry, including the finest Limpopo artists.

The festival attracted many music lovers and has become part of life in Malamulele as it gives the audience a chance to get down and experience some of their favourite musicians and celebrities live on stage. The event was organised by Kincha Media, in partnership with the National Lotteries Commission, the Department of Arts and Culture, Vodacom, Limpopo Tourism and Limpopo Sport, Arts and Culture.

The organiser of the festival, Mr King Chauke from Kincha media, said the purpose of the cultural festival was to showcase the cultural diversity of Limpopo. “The festival provides the province with an opportunity to unify its citizens to celebrate the rich cultural heritage and promote tourism in the province,” he said.

He said that he appreciated the support they received from music lovers who came to the festival in large numbers.

The communication and marketing manager of the Limpopo Tourism Agency, Mr Mike Tautsoala, commended the festival organisers for making a joint effort to preserve culture and to promote African traditional norms. He said culture was one of the main human tools that should not be left behind during the process of transformation. "Our indigenous languages should also be preserved for the benefit of the young generation and the community at large,” said Tautsoala. 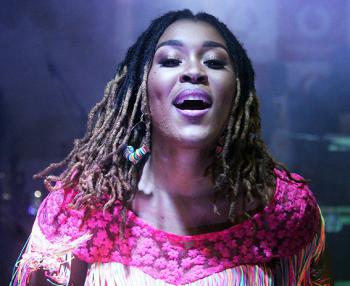