Who is Mike Tuney ?

According to Mike Tuney, the song is a special dedication to his mother, yet it also serves as an apology for all the wrong things he has done to her and he is willing to rectify them as he is growing older now.

“The song was recorded at Soul Scene studios. The song is available for streaming or purchase on all the digital music stores such as iTunes, Tidal, Deezer, Google Play Music, Amazon, Apple Music, Spotify, YouTube, YouTube Music and many more,” he said.

Mike Tuney, whose real name is Mukhethwa Mukhadi, was born in 1997. He grew up in Sendedza village, Nzhelele, where he was raised by his grandparents. He is famous for his hit single Tonight and he has worked with artists such as Mac J, McSwagga and Suppreme.

“My dream of meeting one of my major influences became a reality when I met A-Reece during the annual Venda nga December event, hosted by Mizo Phyll.”

Mike Tuney highlights that sharing a stage with the likes of Maraza, Sjava, A-Reece, Yung Swiss and Tweezy was one of the best experiences of his music career.

He released his first mixtape, Life of a hustler, on 14 September 2015. On 19 August 2016, he released another mixtape, X-Pectations. In January 2016, he became part of Mikosi Media, a video production company founded by Mmbangiseni Ravele. He worked as both a photographer and a video director.

His third project, The heart, mind and soul (Extended Play Version) – EP, was released on 29 April 2017. The EP consists of six songs, one of which was “Blvck (pronounced black)”, which features the Eastern Cape’s award-winning rapper Athimda.

On 2 May 2017, he won a hamper from Stumbo as well as a TV interview with Soweto TV. On 14 July 2017, he released an official music video for Blvck; the video was directed by himself. On 31 January 2018, he released his first self-produced single, Ini Mini Miney Mo, featuring Sive and Sense 2.0 (collectively known as Stay Fresh Team). 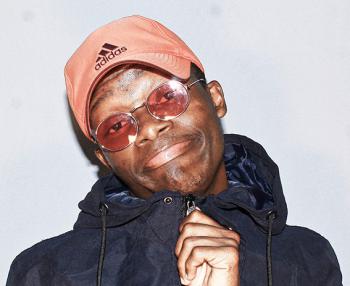