Her first disco album was not received well, but this did not discourage Andisani Makuya from Mavunde Mphagane from following her dream in the music industry. In pursuit of her dream and from pressure from her parents and fans, she recorded a gospel album.

Andisani recently came out smoking fire with the release of her first gospel single, Nthange Phanda. The single is available on all digital platforms.

She met Rantsana of Debig Beats Music, who was very impressed with her anointed voice and decided to manage her career. Their relationship culminated in the recording of her first gospel album, recorded at BigA Studio in Pretoria.

Andisani wrote her songs from her experiences of difficult situations she was going through. The hit song Nthange Phanda motivated her as things were not going well in her life, and she hopes that people will receive the same spiritual healing and breakthrough when listening to the song. 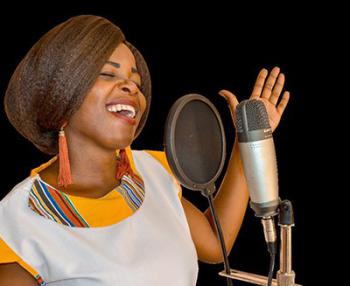