Gospel artist Cedrick Mohale always knew that he was talented but initially doubted himself and did not believe that one day he would make a living out of singing.

Known as JoCed in the local gospel fraternity, this artist has already established his trademark since he started in the music business more than a decade ago. With three albums to his name, JoCed initially thought he was playing and music would not take him anywhere, but years later he is starting to reap the rewards.

The 29-year-old gospel artist said the journey that began in 2004 was not easy. “It was difficult at the time. I felt like I was wasting time, even though I could hear and feel my passion for gospel music,” he said.

At the time, he was a member of the Worship House Church and could only watch other church members performing in the choir. He later joined the choir as an additional member. “I used to envy them a lot and when I checked my background, I realised that my mother used to sing back then,” he said.

He then decided to listen to his inner voice and explore his singing talent although the journey was not easy.

Four years later, he met other artists from Polokwane and started the Revelation Group, which released an album a year later. “I learnt that there were people who were supporting me and could see my talent when I was in the group,” he said.

In 2011, when he joined another church, one of the pastors, Apostle AH Maswanganyi, reinforced his musical career. At times he wanted to give up, but his pastor pushed him to the core. “I learnt that charity begins at home and have realised that my fans, especially where I come from, support me a lot,” he said.

He has since released three albums with the first one in 2014, Nwanatfothlosela, followed by a seven-track album in 2015, A Rwexiwile. He then released his latest 13-track album, entitled Back to the Sender in 2018.

“Many people helped me throughout my career, and I am also working with other upcoming artists to help them nurture their talent. God opens doors when you help others,” he said. 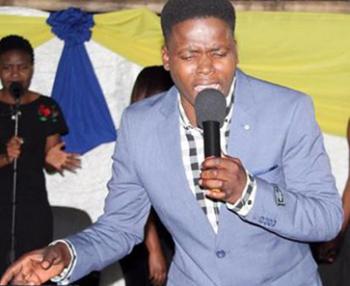