Skhumba de DJ in the house

The incredible Thabang Dustin Sithuga (24), better known as Skhumba de DJ, is a musical genius whose calling as a deejay came at a very young age.

Driven by his passion for mixing the decks, this resident of Rabali in the Nzhelele area is on a journey to reach great heights of success.

Skhumba de DJ always had a burning desire as a young boy to go to Johannesburg, so that he could actualise himself in a broader environment. “I had an interesting upbringing in Venda, and what made me unique while growing up was that my name was not common in the ethnic group, since Thabang is Sotho,” he said. “That had made me different in an extraordinary way.”

However, at the age of 13 years, Skhumba de DJ encountered the sterling sounds of Black Coffee. At that very time he was already mixing the decks and dancing, which for him was just a hobby.

“I was discovered by a man who would become a producer at Nzhelele FM, Daluka,” he said. “He assessed my dancing skills and abilities to mix as a deejay, which I was doing occasionally at parties and weddings. I won over the producer's heart and he introduced me to some music connections.”

However, he felt that he had to pursue school first, even though he saw music as his first love. He matriculated at Patrick Ramaano High School in 2015 and went to do a media and journalism programme at Jeppe College. “After graduating, I focused fully on music,” he said. “I set up a record label of my own, Jah Bless Productions, just after achieving a milestone in the form of managing to become a finalist of the Jack Daniels Music Scout competition.”

His tireless efforts in his music led to the release of his début hit songs, Tshikamuroho and Bambelela.

“What keeps me going is prayer and the awareness of knowing what I want to achieve in my music career,” he said. He stated that his journey had certainly not been easy in this cut-throat music industry and the challenges he was currently facing as a deejay in getting booked for gigs and for his music to be played on local radio stations and clubs.

“But what I love most, which also keeps me in place, is the response from people who love my music,” he said.

Skhumba de DJ is currently working on an album, Drum that thunders, which will be released sometime this year. 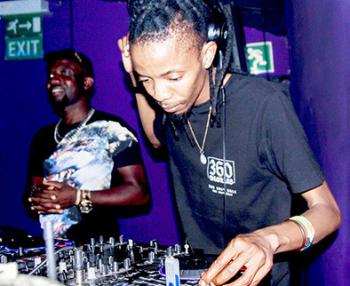