Musician Acolly Mandiza is fast building his empire in the R&B and Afropop music arena.

The 25-year-old musician from Muraga outside Thohoyandou made waves when he recently released his third album, Elelwani. The 11-track R&B album was released last week after a full year of preparations.

The album, which boasts monster tracks such as Elelwani and Shambo la Shambo, was recorded at Superlight Studios Tshikhudini.

About the new offering, Mandiza, who is the son of veteran and iconic Tshivenda musician Elvis Mandiza, said the album was a tribute to his mother Elelwani, who he said was his pillar of strength. "My mother fell ill in 2000, but God kept her alive for my sake. I am what I am because of her and will keep on praying that God keeps her safe for our sake. This is the best tribute to a strong-willed woman like her," he said.

Mandiza said he was born into a musical family and his father inspired him to be what he is today. He also sings about the devastating effects of piracy, saying his father would have been a millionaire several times over, had it not been for “the vultures there stealing music for their own selfish ends”.

He said that he started singing at the age of nine. “In 2009, I started playing bass guitar in church, The Living World Gospel Mission at Malavuwe. I started recording in 2012, when I recorded a single, U Wa Ndeme.

His follow-up was an album recorded in 2015.

“Music belongs to the family and I am keeping the family legacy. With a coach like my father, I can promise that my fans will enjoy this music," said Mandiza.

His music is available at Bihl Music in Thohoyandou and online at Google play and iTunes. 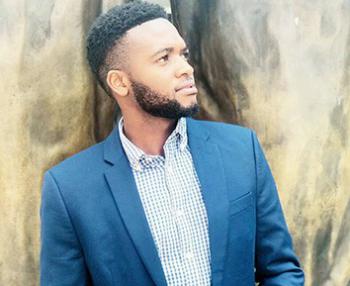