A Xitsonga reggae artist from Chabani village, known as Jake de Vocalist, is quickly making a name for himself with his original sounds.

A follower of Colbert Mukwevho and singer of note, Jake de Vocalist has just been given the best Xitsonga reggae award during the GCR Xitsonga Cultural Awards that were recently held at the Giyani Community Hall.

“I am happy that I had scooped the most coveted award, which is only an appreciation for my music and a symbol of excellence on my side,” he said. “When you get awarded, you just know that you are doing good things. I don't think there's anything that will stop me from using the singing talent which Jah has blessed me with.”

Giyani Community Radio (GCR FM) is purported to be the first community radio station to reward artists for the aesthetic output of their artistic work. “I am the first person to be awarded for being the best Xitsonga reggae artist for the song Hayi ka mhana mina,” he said. “In the Xitsonga music circles, reggae as a genre is still quite 'new' and I am glad that I have managed to produce quality music to the delight of those who listened to it and saw it fit for me to be awarded.”

He added that he was proud to be coming from the Makhado area, where the Vhavenda and vaTsonga co-exist in unity despite cultural diversities. “I would like to thank everyone who voted for me,” he said.

He further thanked his producer, EmcStyle SA, for mixing his work into quality and unique sounds. “He has a good ear for the sound, and working with him is just a rewarding experience,” he said. “We work very hard on every song we do together, and we always make sure that each song has reached fruition before releasing it to the people. And I believe this is what makes us a winning team.”

Jake de Vocalist is now aiming for national awards and performing at national events. He believes that no hurdle will stop him now since he has first received the blessing from the local community radio station.

“Before the end of this year I am going to release a new album, Maphorisa (the police),” he said. “In it I decry and condemn the corruption that is perpetuated by our justice system. There are many instances where victims of crime open cases and are later informed that the dockets have gone missing – what do we call that? Is that not another crime?”

He urged the youth to always follow their dreams because nothing was impossible in this world. “You just need to know and get the right key for all those doors,” he said. “Without the right key, you won't manage to enter through the door of success.”

Jack de Vocalist is available on Facebook and can be reached on 064 327 0800. He was born Matimba Jake Makhubele. 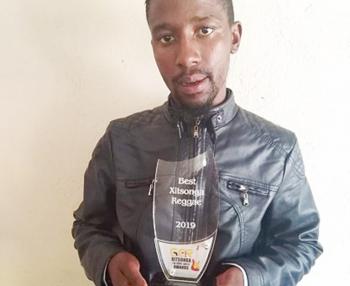