Some years ago, a Gauteng-based musician and producer, Sir McKleker, packed his bags and returned to Vhembe District with the sole purpose of grooming new musical talent and flinging them into stardom.

While he had set up Interactive Solid Waves Entertainment (Iswe) music stable and recording company, he was mainly focusing on beat-making, recording and producing mainly artists who paid for studio time. However, now he is also tapping into another aspect - that of assisting artists whom he has signed for his studio.

He has just signed his first two artists, Sollie Musapha and Vigo Spy. A resident of Maebane village in the Kutama area, Sollie Musapha kept the music industry spell-bound with his megahit, Tshibvuvhelo tsha Malume a couple of years ago. This is a kind of deep-house piece with sparse lyrics that speaks about an uncle who makes things happen.

“I am happy to join Iswe and I have always been ready to face new challenges because a musical journey is not always as easy as it looks,” he said. “It needs hard work and dedication if you want people to take you seriously because these days everyone is a singer and fans are confused about which one to support. It is no longer a matter of talent, but of talent coupled with hard work.”

He stated that, while there was nothing wrong with being an independent artist, being a signed artist had he benefits of its own in that an artist has to focus on his talent and work instead of worrying about where to get recording money. “Teaming up with a recording company is a good idea,” he said. “We need to work with each other.”

Vigo Spy is a dancehall artist who hails from Zimbabwe and is a vibey artist whose powerful lyrics are the acumen behind his music. “There is no way you cannot dance to my music,” he said.

The duo joins artists such as Matevil, Tocobell, Ndivhu, and Dj Zodwa, who are already part of Iswe. “Iswe is looking forward to helping the duo's career grow by providing their artists with quality recording, distribution and marketing,” said Sir McKleker. “I have seen potential in Sollie and Vigo Spy, and I have always wanted Iswe to grow in different genres.” 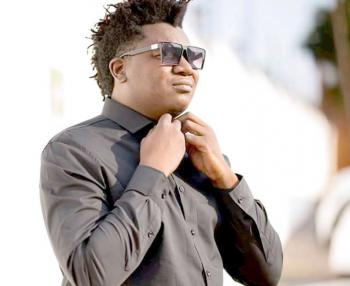 Sir McKleker packed his bags and returned to Vhembe District with the sole purpose of grooming new musical talent and flinging them into stardom.