A young Afro-soul and hip-hop artist is set to make a marked contribution to the music industry. The 23-year-old Raymond Makushu was born at Tshikhudini village, and his latest single is receiving massive airplay on Limpopo-based radio stations, including community radio stations.

The title of the single is Uri u khou tuwa (He/She says she is going). “This is a song that tells the story of a lover who just decides that enough is enough and chooses to get out of a relationship,” he said. “It might be a man or woman, but then questions are many as to whether leaving is a good choice or not.”

He stated that he understood, as an artist, that leaving was sometimes a good idea, but in other instances doing so might just be the beginning of a stressful journey.

“Sometimes we need to sit down and try to solve the problems in our relationships before we decide to call it quits,” he said. “Every relationship has problems of its own that are definitely different from any other.”

Uri u khou tuwa follows the phenomenal success of Raymond's most recent album, Love and life, released in 2018. On it he featured hip-hop heavyweights such as Bhamba, Ras Canly, Ben Sr, and Captain Golosah from Zimbabwe.

“It was an album that contained megahits that were also popular with the people out there,” he said. “If you do good music, people will always respond appropriately – as artists we must not be complacent and think that we are doing better. With every new project, we need to aim to do better than ourselves.”

Prior to the release of Love and life, he had released the songs Ndoenda and Roenda, which endeared him to the hearts of many music lovers because of their quality sound and lyrics. The songs also got massive airplay on PhalaPhala FM. “I am to bring more hits to the people of Venda and beyond,” he said.

Raymond's manager, Ambrose Andani Bulala, said that he was very grateful about the work Raymond was doing. “He is a rare breed of singer, and working with him is just a rewarding experience,” he said. 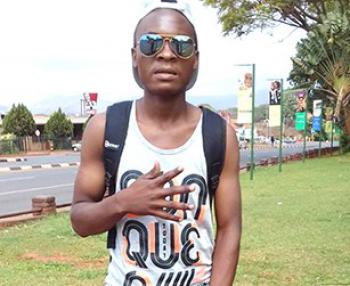