Mulalo is a voice that cannot be ignored

A graduate of FUBA School of Drama and Visual Arts, Mulalo Masindi, has found his voice in the radio industry as a communicator who interacts with thousands of listeners every day.

His focus is currently with Vhembe FM, where he is better known to listeners as Vhamusanda DJ Mawelewele, The Igweman from Ijekun Yemoja. For a person who studied drama and speech, interacting with the listeners flows in his blood with ease.

“I came back from Gauteng where I had made a name for myself as a radio personality and DJ,” he said. “I wanted to be home and add value to the development of our district. So, I heard about Vhembe FM and that it would be opening soon. Therefore, I approached the management who didn't hesitate to give me an opportunity to demonstrate my talent.”

A resident of Tshaulu village, Mulalo attended Mutshetshe Primary School, and his love for radio developed during those years at primary school. He would listen to Phalaphala FM's top presenters' shows, presented by Razzmataz Tshiendangolo Mashige, Mpho Nefale and Makonde Mbedzi. “I loved radio from an early age, and I enjoyed the presentation styles of all those dee jays I have just mentioned,” he said. “I continued with school until I matriculated from Milton Mpfumedzeni High School and then went to FUBA.”

However, when he was nearing graduation, he had joined The Voice, an Islamic community radio station in Mayfair. “I learned the basics of radio there and the platform also gave me an opportunity to be recognised by Univen FM as I was also part of their reserve team and always given chance whenever I came back home during school holidays.”

He had worked with various multi-media companies, where he did various adverts that aired mostly on Phalaphala FM. “I worked with big names such as Candy Moloi, Vusi Thanda and the late Sammy Moeti,” he said. “They helped shape the radio man that I had become today.”

Some other radio stations for which he had worked include, among others, Radio 1584 and Soshanguve Community Radio.

“I feel at home at Vhembe FM so far,” he said. “However, if other doors were to open up for me, I can't refuse to enter through them because I am not one to deny any new challenges in life, if not just opportunities.” 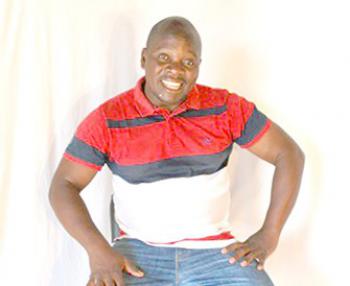 Mulalo Masindi has found his voice in the radio industry.