All systems go for Tshima 2019

All systems are up and running for the Tshivenda Music Awards (Tshimas), following the launch held at the Khoroni Hotel last Saturday evening.

Phalaphala FM, the media partners, was represented by several presenters, producers and the marketing officer.

To participate, artists were advised to fill in a two-page form that is available at www.tshima.org.za and submit it to Spar Mvusuludzo in Thohoyandou, Spar Biaba and Makhado Information Centre.

Artists who are in Gauteng can submit the forms at Tshima’s offices in Midrand. Forms can be submitted from 22 July to 22 August.

This is done to encourage young ladies to be involved in music as they were lagging before.  Trophies will also change, together with statuettes given to lifetime achievers.

Nethononda added he was happy that the huge interest in the awards was attracting 20 000 more entries every year. He said he was confident that several entries would improve this year.

However, his concern was that old albums were not available for music lovers.  He advised old and new artists to consider using new technology to sell their music, so that they could reach a wider market, including international markets.

Artist Lwei Netshivhale, who gave a brief workshop, advised artists, especially Vendas, to be original and avoid copying others. Cllr Magada said the district municipality was fully behind the Tshimas. “The Tshimas are helping to develop our young as well as established artists.  We are appealing that the awards continue as an annual event.  We also appeal for our artists to continue producing our own music,” said Magada.

The Tshima awards will be presented at the Thohoyandou Town Hall on 28 September. 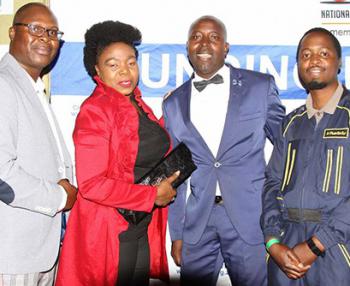