Tman Gavini back on the stage!

A kwaito superstar who made national media headlines with his debut album Phezu kwe'board in 2006, Tman Gavini, is back with a new album that already promises to be a blockbuster.

His latest album, Ri khou funana (We are in love) comprises eight tracks, which are Pfarelo, Litshani u ambesa, Zwofhela, Ndi ngamula, Ri khou funana, Tarelwa, Hu khou difha, and Mudzimu nthuse. “This is an album filled with songs that appeal to all ages. Even though it boasts mostly Tshivenda lyrics, it is still relevant to all people, even those who know less of the idiom of this language. I am of the belief that music knows no boundaries.”

Tman Gavini believes that his new album will reach more people as he has kept to his original style but with new flair, so that his new songs do not sound like the reshaping of old material. “The songs are new, and I am happy that I have come this far as a singer whose music speaks to both young and old,” he said. “Music is a way of life and people who buy our music know that.”

He worked with a strong team of artists who include, among others, Percy the Postman, MizoPhyll, Drenko, Dj Nipro,Tshepo Manyisa, Bellafonte, Komrate Lee, DJ Davic, 2minutes v Dupa, and Irene Mawela. “Working with a wide range of artists gives one's projects a unique flavour that, at the same time, is also familiar to the listeners’ ears,” he said. “I have always respected all the artists I have worked with for their quality music and different approaches to music in the genres they practice in.”

Tman Gavini became a household name immediately after the release of Phezu kwe'board, to an extent that when he made a comeback in 2009 with Mmbwa ya la inwe a i noni, he instantly found himself being nominated for the South African Traditional Music Awards.

“I love my music,” he said. “It is not surprising that I am also a great dancer who also introduces new dance styles in the music industry. My music also makes people dance. I am a free-spirited person who wants to continue taking Venda music to new heights.

Ri khou funana was recorded and produced by DJ Davic at Masana Studios and it marks Tman Gavini's comeback after a long break.

His music is available in all online stores and those interested in his music can contact masana.records@gmail.com. 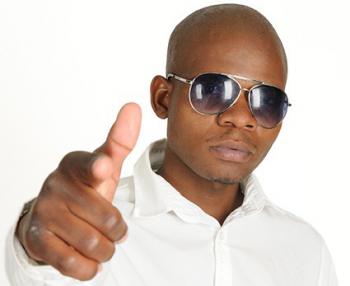