He recently released his second album, Intelligence. The songs on the album are: Philiphise, Goodbye, We burn, Huyavhilingana, The Most High, Vhuchilo Ndi Linga, Nimugude, Vho Muchinyani, Fake friends, Mbiluyanga, and Born to hustle.

The 28-year-old resident from Tshiombo village released his debut album, Dumbu, in 2016. "My fans have been asking if I have forgotten them, but I told them that the new album was in the pipeline. I'm happy that I have finally delivered my promise to the fans. They are really loving the new offering," he said.

He worked with Meskay on the song Huyavhilingana. "This is a dancehall song that I wanted to do for my fans. It is a song you can play everywhere. The song is all about being crazy. It drives people crazy," he said. He also features artist such as DJ Patmaash, Ras Canly, Icarly and Shony Mrepa on the album.

Sughar Tee said that he used to listen to the music of famous international rap artist Eminem and later become inspired. “I started singing at the age of 14. I decided to rap in my own language,” he said. "I want to encourage people, especially those who already given up on life, and give them a good message to change their lives. I also want to encourage youths to stop abusing drugs and alcohol because those substances are destroying their lives."

When asked about what to expect from him in the future, he said: "Expect more albums, good music, live performance on grand stages and music videos." 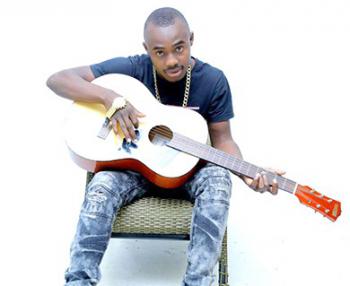