Local jazz artist Travolta Salane is excited about the progress he is making in his musical career.

Born and bred in Hlegani village, Saselamani, on the Punda Maria road, Travolta’s musical career took a giant leap when he performed at the closing ceremony of the official inauguration of Pres Cyril Ramaphosa at the Loftus Stadium this year. Travolta (26) concedes that the highlight of his career was performing before a crowd of 30 000 people during the inauguration of the President.

He fell in love with music after being inspired by his composer grandfather Hasane Makuleke Salane. At the age of seven, he would perform before his grandmother, Tirani Mathonsi. He then developed musical skills at the recording studio of Dr Thomas Chauke in 2008, while working closely with his childhood friend, Lloyd Chauke.

One of the hit songs, Ndzillo, spreads Travolta’s desire for the world to hear what he has to say through music. It is also the song he performed during the inauguration of the President. He says his idols are Jay Z, Jeff Maluleke and Soul Aquarians.

With seven albums under his belt, Travolta writes and composes his own music.  He is currently collaborating with Rhythm in Motion, an up-and-coming band that is directed by SAMA-nominated composer Rizzlah, composing new songs that will be performed during a planned national tour.

He is also working on a community-related cultural project and he is creating a series of podcasts that will help to equip aspiring young artists who have useful techniques for their creative quest. 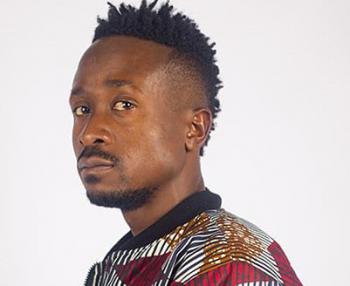