The Mashamba-born DJ Laguga is a popular brand name in the music fraternity here in Vhembe District and beyond, and he has been endearing himself to the hearts of many partygoers with his electric skills as deejay.

He mentioned that he had discovered music at a young age when his mahafhe-brewing grandmother, Manana Topisa Yingwani, had clients fill up her home's yard.

“So, we had a small portable radio that we would use to play music for entertaining the clients who had come to buy and drink mahafhe (sorghum beer),” he said. “I stated falling in love with music from that very time as I saw men and women dance and sing along to the music, shedding all life's problems through good music.”

He is a multi-talented artist who can be described as a songwriter, vocalist, music producer, radio presenter, radio producer and record-label owner. “It has been an adventure for me to dabble in all those areas of music at the same time,” he said. “It's a great journey but a tough one, since so much hard work is normally needed – there are sacrifices along the way, where you need to forsake some of life's indulgences for the sake of music. It is matter of holding on until one gets to be what they always wanted to become – to achieve, to make a name for oneself and maintain that name. And, of course, to make a living out of music.”

DJ Laguga released his debut single some years ago, entitled No Mercy, and he featured the mighty producer Sir McKleker and Batondy. No Mercy was an anthem and it earned DJ Laguga a name in the music industry. More singles followed.

He is putting the final touches on his full-length album that is due in October this year. “It is an album inspired by the culture within our province,” he said. “Limpopo has a wide range of cultures that all tell a good story of who we are as people.”

DJ Laguga's name is Tinyiko Sylvester Makhubele. He is available on Facebook and can be reached on 076 456 8905. 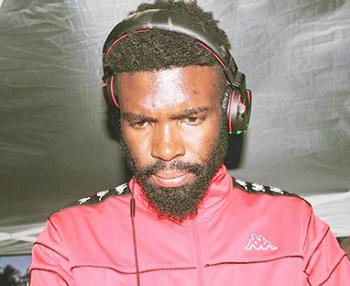