The fun-filled inaugural Tshiozwi Annual Show left attendees begging for more entertainment as they closed the gates on Sunday evening. The show took place at Benny's Care School in Tshiozwi village on Friday, Saturday and Sunday.

People had come in large numbers, so this show looks set to be a crowd-pulling show that is also filled with lots of fun, activities and festivities that delight both young and old.

Artists who performed included, among others, Makhadzi, HaaNdi YellowMah, and Shony Mrepa. The event coordinator, Sindiswa Mabuya-Sinthumule, said that the show had gone perfectly well and that they would like to thank everyone who had supported the show.

“All your efforts and participation are well accepted and appreciated,” she said. “Thank you to the outstanding hard work and dedication of the SAPS at Tshilwavhusiku, the Makhado Municipality, the traffic department, the taxi association in Sinthumule and Kutama area, and all people who supported the event.”

She said that she was glad that no incidents had occurred at or during the show. “It is with great pleasure to say that everyone at the show was safe and well catered for,” she said. “The machines gave us outdoors life like no other, the performances from our beautiful talented boys and girls.”

Tshiozwi Annual Show promises lots of fun and enjoyment next year to the residents in the Sinthumule and Kutama areas and beyond. 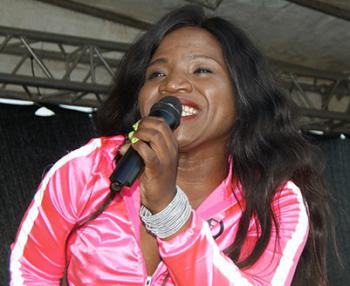 HaaNdi YellowMah was photographed backstage before he could ascend the stage.

The first TShiozwi Annual Show was well attended on Friday, Saturday and Sunday.

HaaNdi YellowMah was photographed backstage before he could ascend the stage.