The gospel festival will be held on 13 September at the Nandoni Dam and the Royal Heritage Festival the following day at the same venue.

According to organiser Shandu Nesengani, the festival aims to “expose the untapped talent so abundant in the communities served by the organisers, as well as talent from neighbouring SADC countries. The festival will provide the province with an opportunity to unify its citizens and its neighbouring countries to celebrate the rich cultural heritage and to promote tourism in the province, elevating the level of growing excitement”.

The administrator of music at Worship House, Mr Khathutshelo Makhuvha, is confident that they are going to give music lovers more of they want and make their mark in the national music fraternity. “We believe in ourselves and we know that to perform in front of a big crowd is proof that we are accomplishing our mission of becoming one of the best gospel music groups in the country.”

Makhuvha also thanked all the people who had made the band what it is today. “Our invitation did not come as a surprise, because it is a reward for our hard work. It is very important to thank our fans for their unending support.”

Takie Sikhwivhilu said she had always believed that God’s timing was the best. “I don’t just sing; my songs heal, teach and make people dance. We listen as God speaks to us,” she said. Sikhwivhilu added that many of her songs were calls to believers and non-believers to stand up and call Jesus when they were still alive.

“Being invited for a festival has come to me as a milestone that means a lot, not only to me, but also to those who support my music,” she said. Sikhwivhilu said that the inspiration for her music came from her growing up in the royal family. "I combine a collection of indigenous chant music." Tickets are available at Computicket at R220 for both festivals. 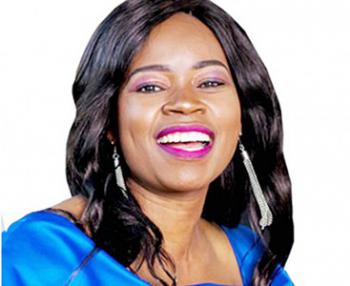