Famously known as the Golden voice lady in Musina, Ramunenyiwa has just finished recording an eight-track debut album, Nikodima, which will be released later this month. A music video with the same title has also been finalized and it will be released with the album.

Songs such as Nikodima, Keyalla, Thendo Khaye, A kena taba, Mehlolo, Wena o mang, Ke mmone and Morena will get gospel lovers dancing and singing along.

Many local people know Ramunenyiwa as an energetic lead vocalist who sings at social gatherings, funerals and various church events. “I decided to take my talent to another level, because wherever I sing, people complement my voice. That is where my nickname Golden voice lady came from. Music lovers would always ask for my music and I would tell them that I was not a recording artist. I finally bowed to the pressure and decided to go to the studio to record my debut album,” said Ramunenyiwa.

Ramunenyiwa said she started singing at a very young age, but she never considered becoming a professional singer one day. “The music bug will hit you until you succumb to the pressure and do what the Spirit tells you. That also happened to me. I know that the music industry is not an easy ride, but I’m happy that I have an experienced producer who is ready to take my music career to the top.”

She said the album was also part of her prayer to thank the Lord for everything He had done for her. “I am what I am because of the grace of God. I have gone through many things in my life, but the Lord was always on my side and I became a survivor and victorious. I thought it would be good enough to give my testimony through music.”

Ramunenyiwa’s producer, DJ Godzilla, said: “When she came to the studio for the first time, I immediately signed her without asking any questions. Her golden voice would have touched any producer who has a sharp music ear. She will go places in the world of music. She is one of the most talented gospel artists I have ever signed in my 20-year career as a producer. This artist is a national asset and we are organizing tours to make sure that her album is promoted throughout the country.” 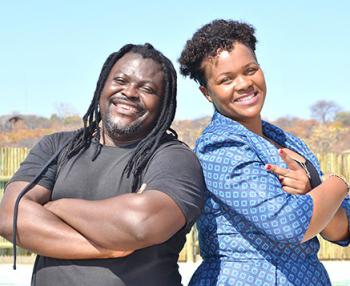