He said that he was excited about being nominated. "I feel very honoured and humbled to be recognized for my music," he said. "I would like to take this opportunity to thank Satma for the nomination - the journey still continues. I thank all my supporters and people who believe in me. The promoters, event organisers, and all radio stations that keep on playing my music, I thank you. To God, I am grateful for the talent."

Vendaboy Poet hails from Ha-Manyima and adoption and nepotism, hate and discrimination are some of the things that inspire his poetry. "I recite poetry in six languages, Sepedi, Tshivenda, Xitsonga, Isizulu, IsiXhosa and English. I'm a performer who gives the audience tears of joy," Vendaboy Poet said.

The 14th Satma event will be hosted at Mahikeng in the North West Province on 27 and 28 September. 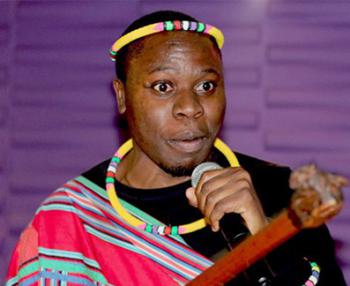