The songs are Milk and Honey, I'm not alone, and Deeper. They are all gospel songs, a genre in which Wanga excels both as a producer and singer. “All these songs speak directly to the hearts of people and encourages them to put their trust to God,” he said.

In Deeper, he sings about the accessibility of God where he says that people should seek God's guidance and solace from the troubles of the world. “There's a problem whereas people tend to chase material fortunes and when we do not get them, we worry,” he said. “So, we need to stop worrying and get deeper into the Word of God.”

He sings so beautifully in Milk and Honey, which represents the symbolical joy and happiness that is found through believing in God and living the kind of life that pleases Him. “This also refers to the fact that it is possible to attain contentment through believing in Jesus Christ,” he said. “A lot of bad things are happening in our world today and people need to get close to God to get most answers to life. I mean answers to difficulties and problems that no human being can answer or solve.”

In I'm not alone, he sings about the kind of love, protection and care that God provides to his children. “I am continuing to get positive feedback ever since we released this compilation last week,” he said.

Deeper is available from online stores such Deezer, Amazon, and Google Play. Those who need hard copies are welcome to contact Wanga, so he can arrange printing the CD for them since he had initially planned to release it via online stores. Wanga has had an aptitude for music from an early age. “I learned to sing because my mother used to sing when she did her household chores,” he said.

A resident of Makonde village, Wanga is available on Facebook and can be reached on 072 263 9242. 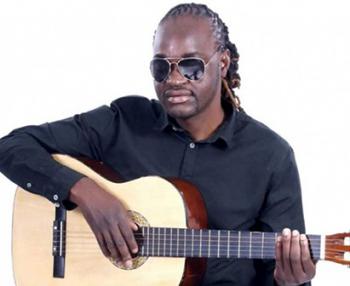