Not Guilty nominated for Mzanzi Kwaito

Kenneth Mudau, better known as Not Guilty, was nominated in the best kwaito artist category for the upcoming Mzansi Kwaito and House Music Awards (MKHMA).

This year will be the fourth edition of the MKHMA and will honour the once-forgotten legends of South African music as well as the future torch bearers of kwaito and house music.

“We are proud of the fact that we not only lead the pack in grooming and recognizing upcoming musicians in Mzansi,” says Mondli Mlauza, spokesperson for MKHMA. MKHMA’s CEO, Ms Perfecta Malinga, mentioned that two new categories, Best Upcoming New Age Kwaito Artist and Best New Upcoming Gqom Artist, had been added to the ceremony. This decision was taken due to the influx of entries received from upcoming musicians for this year’s submissions.

The event will take place on 30 November at the Big Top Arena in Carnival City. 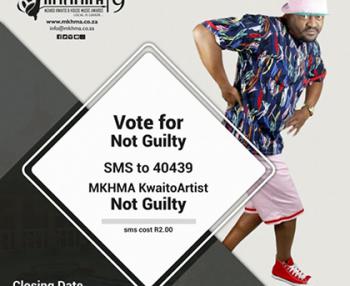