Krusher creates a space for himself in the music industry

Many singers’ talents are developed and shaped in choirs where they are given an opportunity to be part of the active members; some are also allowed to lead in songs.

This is the case with Krusher, a young artist whose talent took him on a path where he later featured alongside great artists such as Candy Tsamandebele and Sdudla so'mdanzo, who all added value to his songs.

“I discovered music at a young age and music means life to me,” he said. “I find my joy and happiness in music, and without music I am nothing at all.”

His music career started as a member of a local choir. Only when he decided to pursue a solo career did he embrace the hip-hop genre. “I diverted my focus to hip-hop and commercial house,” he said. “My friend, Lyrical, taught me a lot about the music industry in my early days and I then found a way to shape my own music and have a style and voice of my own later.”

In 2015, he released a song entitled Ke motlokwa, in collaboration with Lyrical. The single received a lot of praise in local music circles and it earned Krusher a name. “I then forged a solo path with the song Lekunye and flute, which became a trendsetter in the whole province.”

It dawned on him that he had received a warm welcome from music lovers and that a great demand existed for him to release even more songs. So, he started working on his debut full-length album in 2017 and released it in 2018. “It is the very album which featured my two popular songs, Kanana and Bonolo,” he said.

So far, he has worked with Limpopo-based mega-artists such as Double Trouble, Villager, and Dios. He had an opportunity to share the stage with big South African artists such as Dr Malinga, Casper Nyovest, DJ Sumbody, Areece and Master Kg, and that very experience had served as a motivation for him to pull up his socks. “Sharing a stage with big names whom you respect also has a way of affirming your presence in the music industry,” he said.

He has just secured a recording deal with Soul Spirit Productions, who are now managing him as an artist. “I am working on some new songs that will be 'bombs' and both Vhembe and Capricorn District will really know that their 'child' is making a name for them,” he concluded. 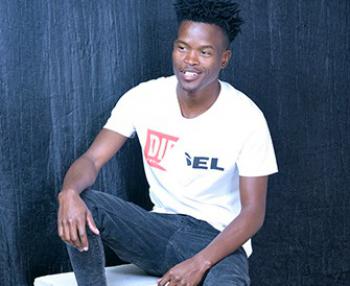 Krusher is a talented artist.