A back-to-my-roots scenario for C-Man

The release of C-Man’s full-length reggae album after a five-year hiatus marks a “back-to-my-roots” project for this artist who had initially switched from reggae to gospel.

“Thonifho, as a full musical project, focuses on day-to-day living experiences and the people who are part of the very life,” he said. “It touches more on the importance of human beings as God's creation.”

C-Man states that the album reiterates much on respect that people must show to one another. In Winner, C-Man is encouraging people to remain strong in times of storms and never to give up in life.

“People must focus much on what they are doing – and that's the positivity of life,” he said. “And the song Ndi takale is mainly a plea to the mighty God, so that He opens up the doors of prosperity for us. Our joy will grow and grow when God blesses us more, so that we can be able to meet our needs.”

In Vhabebi, he points out the necessity and importance of the role that parents play in the shaping of children's lives. “Parents play a pivotal role in ensuring that the children are healthier in all areas of their lives, so they deserve to be respected and loved too,” he said.

The song Khaladzi is a token of motivation and encouragement to women to never give up in life even when their loved ones tend to leave them. “We composed this song exclusively to all our sisters out there,” he said. “Even though their loved ones leave them, they must soldier on – life is too precious to scatter it around.”

Meanwhile, Thonifho has just been nominated for the Tshivenda Music Awards 2019 and C-Man is hopeful that he will emerge a winner. 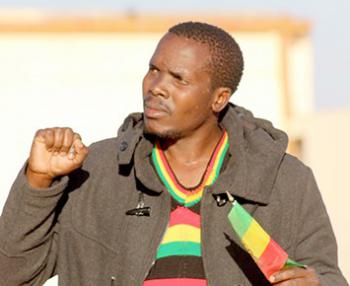