The name of a resident of Shayandima, Zwivhuya “Vhuyie da DJ” Pedro Muofhe, ranks among the top deejays that South Africa has lately produced.

He has just returned to the studio after mesmerising thousands of music lovers during the PhalaPhala FM Royal Heritage Festival 2019. “As an artist, I'm a deejay and I have only one mission, which is to get people dancing whenever I'm on the decks,” he said.

Vhuyie da DJ first discovered his musical talent back in 2003 when his older brother bought him a personal computer, which came with pre-installed music software.

“I started playing around with songs,” he said. “So, I have been mastering the art of mixing ever since then. And all I can say so far is that music is my life. I am music. Music is the only universal language spoken and understood by all people from every part of the world.”

He observed that South Africa rated among the countries that are considered crime-infested societies and that music played a huge role in fighting against the problem of crime in communities.

“Because in music there are a lot of fields which one can take part in, just like administration, security, sound and light engineering, food catering, and clothing stylist,” he said. “One doesn't need to be a singer or a DJ only to benefit from music. The community needs to stop underrating music and see the bigger picture in this industry.”

Vhuyie da DJ had this to say about his journey and genesis as an artist: “Honestly speaking, my mentor is the man in the mirror - myself. I always motivate myself to do better and I strive for the best. Looking up to myself gives me the pressure to put in the hard work, so that I don't disappoint myself. But still I can't help admiring what other deejays have done and are capable of achieving through music,” he said. The world has also changed, according to Muofhe, and the platform has opened up for South African deejays to play overseas.

He mentions the mighty Black Coffee as an inspiration. “It is so much as looking at what he has achieved so far, having to play or perform for multitude of crowds around the world doing what he loves most,” he said. “He has paved the way for us. And now, what I can tell my fans, friends and family is that they should watch this space because I'm working on a great project.” 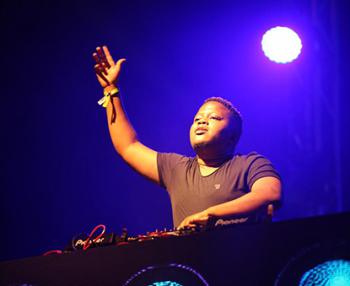 Vhuyie da DJ on the decks.