Ras Thaikhuni is Mashudu Thomas Nephiphidi's stage name, and it is identifiable with the original reggae sounds of someone who has been sampling reggae music for decades.

A resident of Tshiheni village, Ras Thaikhuni's musical journey started at the New Covenant Choir, where he honed his singing skills. But he matured as a singer immediately after joining his brother's choir, Gundo Zion Apostolic Church Choir, in 2005.

He stated that music was the right weapon to fight social ills such as crime, the spread of teenage pregnancy, corruption, unemployment and nepotism. “Music should be an answer to the crime challenges facing South Africa,” he said. “Musical content should aim at conveying advisory messages since it is high time that musicians focus on that.”

He said that he sang about social cohesion among different cultures and ethnic groups. “My music informs the people about the beauty that lies in the diversity of races in South Africa,” he said.

He looks up to the music of Jonny Clegg and Mandoza for inspiration and motivation. “What I love most about Jonny Clegg's and Mandoza's music is that their music unites people across races and cultures,” he said.

He said that he was saddened that some people still looked down upon Rastas on the basis of their culture and attire. “I was so pained the other day when I went to submit my CD to this other radio station and the security guard closed the way for me at the door,” he said. “When I asked him why he was doing that, he had no reason. But I eventually managed to enter and do my business.”

For more information, those interested in Ras Thaikhuni's music can reach him on 079 247 7082. 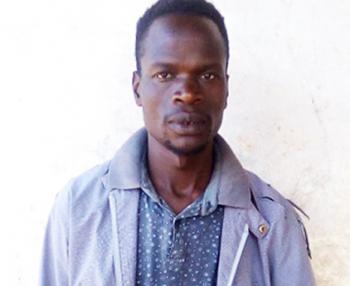