His début album, entitled Midnight Hour Worship, is making waves and the stamp on its quality was added when it received two nominations at the SABC Crown Gospel Music Awards at the Durban’s International Convention Centre on Friday night.

Phalanndwa has been nominated in the category of Best Gospel Collaboration Song of the Year for his song Shela Muya on which he featured Kgaugelo Kekana.

This gospel newcomer from Ha-Mutsha village outside Makhado will vie for the coveted award with industry giants such as Takie Ndou, Dumi Mkokstad and KwaZulu-Natal’s finest, Mda.

As if that was not enough, Phalanndwa’s song Nga a rendwe will tussle for Best Worship Song with Spirit of Praise 7’s Yahweh we worship, Gospel Goes Classic’s Yamkela imndvumiso as well as All my best by Chumani Ngojo. On the song Nga a rendwe Phalanndwa, the dynamic upcoming worshipper Grace Mulaudzi, formerly Grace Nakana, is featured.

Phalanndwa said for him to be nominated in the same category with renowned international stars meant his album was well produced and of high quality.

“For me the nominations feel more like a win,” he said. “I am nominated with the people that I grew up listening to, the people that I idolise. It is a dream come true for me and if I happen to win one of these awards it will be the icing on the cake.”

He added that, should he win the awards, they would be dedicated to the late Emmanuel Mamphogoro, who had mixed and mastered his album.

“It’s a bitter-sweet moment for me as I wanted to make the late Mr Mamphogoro proud,” he said. “He and my producer, Thendo Ramulondi, believed in me so much and I wanted him to reap the fruit of his hard labour.”

Midnight Hour Worship is not new to awards nominations. In September, the album was nominated for Best Tshivenda Gospel Album at the Tshivenda Music Awards (TSHIMA). The SABC Crown Gospel Music Awards will be held on 24 November in Durban. 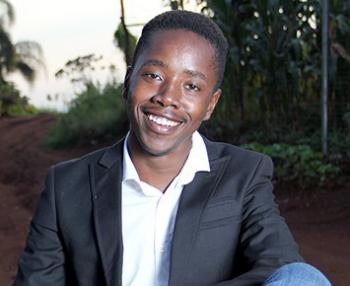