Manyisa and Mazwale team up for musical project

Tshepo Manyisa and the award-winning Mazwale recently teamed up for a musical project, which resulted in the recording of a single collaboration, Ritsa na bada.

The vibey song was pre-released recently on Nzhelele FM and the Siloam area, before its release later this month. According to Manyisa, Ritsa na bada is a song for December, and it could not have been released at a better time than in October, when all artists are on the move to entertain their fans with megahits. “It is a great song, which will keep people dancing and awake all night into the New Year,” he said. “Working with Mazwale is a blessing in that she knows her voice and what she is capable of achieving with it.”

Manyisa's passion for music started at a very young age and eventually led him to Johannesburg, where he opened a music stable, Manyisa Records, which manages artists, hosts shows, and provides music and dance services. “We are aiming high for this song, and we are so sure about its quality,” Manyisa said.

Mazwale started singing as a little girl in the primary school's choir and she was later appointed lead vocalist in the local church. She released four albums prior to her single project with Tshepo Manyisa. “Now Manyisa and I have created an anthem,” she said. “Our fans will love this project, as was the case when we did a pre-release in the Nzhelele area.”

Those interested in the music of Mazwale and Tshepo Manyisa can email manyisaa@gmail.com. 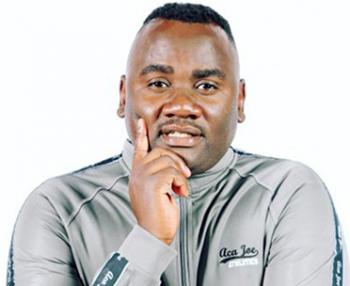