The single is part of his 14-track debut album Dutty Wine, which will be released in December. The album will include tracks such as My only one, Jah a mi guide, Happy New Year, and Real gangster.

In 2006, Jahzo relocated to Johannesburg where he met with his brother, better known as Major. In 2007, they came up with the idea to become partners and start a recording label called Rudebwoy Entertainment. In 2008, Jahzo recorded his first dancehall song at Rudebwoy Entertainment studios on which he featured Major and Selector O’ Jugglin. That was when Jahzo realized that he could contribute towards South African dancehall music.

In 2010, Jahzo started working on his single, called Dem ah fraud, which was then released in 2011. "Dem ah fraud was well received and played on local radio stations such as Phalaphala FM and YFM. A music video for Dem ah fraud was shot in 2012 and was released in 2013. In 2014 and 2015, I released the singles Step weh from bottom and Burn dem, which were both produced by Flyweh Records in Cape Town," Jahzo said.

Last year, he released a 17-track EP called The Intro that is still available for free downloading on his website Jahzomusic.com. "This EP was to set the tone in terms of my versatility and what I have to offer going forward," he said.

"I have been involved in the music industry for more than 10 years. It’s therefore fitting for me to release my debut album. The fans can expect great quality production on Dutty Wine album," he said.

The single Dutty Wine was produced, mixed and mastered by Paul Hauss in Germany. Paul Hauss has worked with dancehall artists such as Busy Signal, I-Octane, Been Man, Bounty Killer and many more. 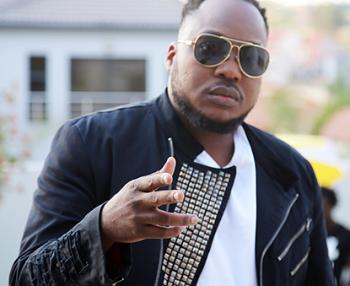