Many Xitsonga music lovers agree that veteran Xitsonga musician Prince Rhangani's new album, which was released on 31 October, is about to create an “earthquake” in the music industry this festive season.

Rhangani's 12th album, Pongo, is hailed as a master collection of new songs from one who knows and understands Xitsonga music beats and rhythms very well.

“All I do is create the music and the people's response is something that makes me feel happy,” he said. “I love to see that my music is appreciated by many people from different cultural backgrounds. It also gladdens my heart to see that people still buy my music in this time of a high rate of piracy.”

A resident of Xikundu village at Mhinga, Rhangani is an excellent producer, singer, and composer, whose talent has been shining in the musical projects of many other artists who have gone on to win several music awards. “I am from a musical family, so I have been a musician all my life,” he said. “

He started working in Dr Thomas Chauke's studio at an early stage. He acknowledges Chauke and Joe Shirimani as his mentors in the music industry. “Music is life to me and is the only kind of work I will do all my life,” he said.

In his music career, Rhangani has won many music awards. His music is known for addressing social issues and uniting people. “My music entertains and spreads a message of peace,” he said.

For bookings and other services, those interested in Prince Rhangani's work can call 078 450 2750. 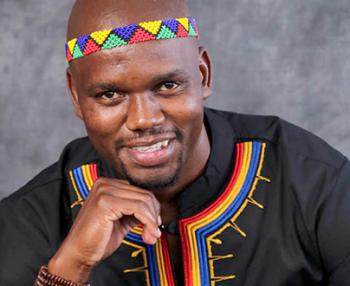