A local gospel artist, Rofhiwa Mamuremi, affectionately known as Cyril, from Thohoyandou Block J, is making his mark in the music industry.

Since he joined the industry in 2006, Cyril has never looked back and he aims to be rated among the best in the province. Cyril is also a songwriter, composer and music producer.

Cyril told Limpopo Mirror that he started singing at the age of seven at the Church of Christ in Orange Farm. “In the late 90s I moved back to Venda where I joined a Sunday School choir at the Assemblies of God in Thohoyandou Block J. In 2006, I joined a group called Brothers In Love, where I worked with artists such Big Brother Mabuda, Worth Vee, and Tseremuka. In 2010, I released my first album, entitled I love you, through the help of Mr Nemauluma Mbulaheni. The album sold a remarkable number of copies,” Cyril said.

His latest album, Mukonazwothe, which has 17 tracks, is proving to be a hit. The album contains songs such as Murena ri vhau, I will do anything, Mukonazwothe, Messiah, Hihlula hi matimba, Rea o boka, Medely, Siyakudumisa/Mananjalo, Ndi Murena, Ndo fulufhela Yehova, Father we adore you, and Ngivuselele.

“The album is about giving hope and reminding people that God is there for them and that He is able to do all things,” he said. “I used the title track, Mukonazwothe, because it carries the message I intended to send across. Being a gospel artist fulfils my calling as a singer within God’s mission about my life, so basically it means I must deliver as God requires me to.”

When asked why he is passionate about gospel music, he said: “My love for gospel music is inspired by the knowledge of why I have the gift. Had I not been finding myself in the house of the Lord, I don’t think I would have known the mission God had stored in me.”

For bookings and CD purchases, he can be reached on 072 251 9154. His music is available on iTunes, Google play, Deezer and AmazonMP3. 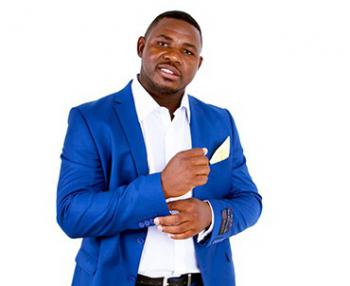