Xongi Rhangani proved that she is not a one-hit wonder with the release of more albums just after her first full-length album, which was entitled Nyonga ya Mali.

Xongi, who entered the music industry as a solo artist in 2017, had started as a backing vocalist for numerous singers and musicians and only recorded and released her solo project after being encouraged by her husband, Prince Rhangani.

“Nyonga ya Mali did very well in the market and I had to keep on pressing forward since there was no looking back. So, I recorded and released another album last year, which was entitled Vafelakazi.”

Vafelakazi was an instant success in the market. Xongi was seen as the new princess of Xitsonga music who had brought a breath of fresh air to the industry. Her music was being played everywhere – in homes, at taxi ranks, and on street corners.

“I had gained the kind of popularity that amazes me, but I know it is all because of the talent that God had invested in me,” she said.

In April this year, she launched her latest album, entitled Xitwa mali ya boti. “My popularity grew, my ardent fans bought the album and even attended all gigs that had my name on its poster,” she said. “It has all been amazing. I love my fans; they also love me.”

Xongi is one of the best Xitsonga singers currently enjoying the limelight and the opportunities of being booked by most event organisers in the country.

Xongi grew up in Vuhehli village in the Giyani area. 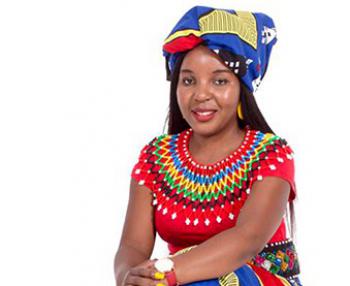