A resident of Zava in Giyani, Gami Swaga, breathes life into every song he works on and lets that song find its wings and fly into the homes, workplaces, prisons, hospitals and marketplaces.

What follows the release of his project now, be it a single or album, is popularity and fame. “I have been doing music from as far back as the early 2000s,” he said. “It has to do with the fact that I had fallen in love with music at an early age of my life. So, music is everything to me, and without it I cannot lead a normal life.”

For an artist who had started doing music at the age of eight, that he would pursue music as a career later in his life was obvious. He enrolled for a programme in sound engineering and audio vision and studied for two years at Birnam Business College in Gauteng.

“Whenever people hear or see on posters that I will be performing in this or that place, they come in large numbers and the event turns into a melting pot of the real celebration of life,” he said. “Music is life, and we celebrate life through or with music.”

Gami runs a fully equipped recording studio where he helps record both established artists and young, up-and-coming artists, injecting an unparalleled quality of great rarity in their projects.

His début album, Gami Swaga – Le Nkompon 1, did well in the market, and it featured the song Light after dark, which became a classic. “Many people tell me that they still listen to that song even today, although it was released some years ago,” he said. “Music should transcend an era, so that it becomes timeless.”

At the moment, this artist has a mega track that is trending on social media and can be heard in most streets as people get to play it. The song is entitled Ma Luv, and on it he features Xipanere, Ishmo and Timotone. 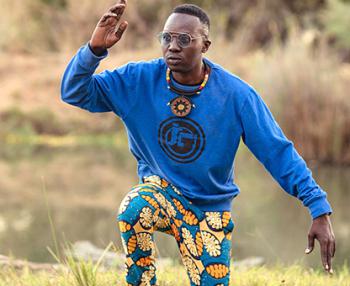