Lufuno Munzhelele is one of the musicians here from the Vhembe District who hold the view that people enjoy music most when it is played live.

His live performances have made him popular among reggae music lovers in the district, as well as Mpumalanga, North West and Gauteng, where he always performs alongside other live performers.

“My next live performance is scheduled for 23 November at the 442 Music Lounge in the Tshwane CBD in Pretoria,” he said. “We take our music to different parts of the country because we know that our music is universal. This event also forms part of my initiative of taking reggae music to the people.”

During the performance, he will be backed by some fellow students from the Vusi Mahlasela Music Foundation, where Lufuno is also a student.

“I enjoy performing and it gives me a sort of positive energy that I cannot describe,” he said. “We’re taking this performance as students who must present their project to family and friends at the end of the term. So, music lovers must come and enjoy some fresh sounds from the students' band.”

A resident of Thengwe village, Munzhelele is a talented, skilful guitarist, writer and qualified sound engineer. He has shown interest in the arts from a young age and it was no surprise when he chose music as his career.

“I was born and raised in the United African Apostolic Church family, where my father was a preacher,” he said. “My music is just an extension of the gospel that my father was preaching.”

His recently released single, Li do da duvha, has earned him massive respect from music lovers. “Li do da duvha is a song of hope declaring that one of the good days, everything will be alright, and we’ll see success through all the challenges we face,” he said. 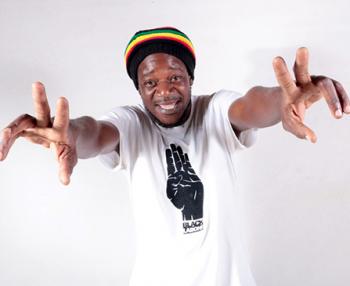