The music of the award-winning reggae artist, Jah Soldier, has elements of roots reggae and some traces of ragga, all of which make his music original and unique.

This is one artist who stays away from the lure of trying to mimic the generation of artists who came before him. He only takes inspiration and motivation from them.

“Many artists had come and gone but their music lives with us – and it shall live with us forever,” he said. “In their music, we find direction as today's generation of artists. We don't have to be them, for they had played their part by being original – so let's be authentic too.”

Jah Soldier is keyboard player of note who has worked with many other artists both on stage and in the studio. He is also a guitarist whose guitar is known for “speaking”. He writes and composes his own songs.

“I discovered my talent at an early age, and after school I used to play my home-made guitar at Dzanani Musanda’s while other children were playing soccer or playing with bricks as cars,” he said. “Then, in 1991, I went to Mr David Mureri's church at Dzanani and was taught how to play keyboard by the late Mr Emmanuel Mamphogoro. From those very days, I have not looked back.”

He holds the view that music is medicine for the soul and an avenue for self-discovery. “When one is lost, one finds his way in the rhythm of a good song,” he said. “Music can teach people how to behave well and it can remind one to stand up and do what they love without hurting others. As artists, we have been using music as a tool to wage war against drug and alcohol abuse for ages.”

He looks up to Colbert Mukwevho as a legendary artist whose music has motivated him through the decades. “I discovered his music when I was still an infant, and now, after many decades, he's still producing good, timeless music,” he said.

Jah Soldier has three solo albums. His latest album is entitled Nndededze (Guide me). He won the 2015 TSHIMA award for Best Reggae album.

Jah Soldier's name is Tendani Maiwashe and he resides at Mbilwi. He is available on Facebook and can be reached on 072 532 3983. 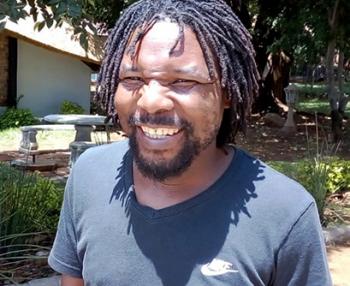