The 24-year-old Mfumo Maringa is a new musical sensation in the popular manyalo and house genres and her presence in the local music industry is unavoidable.

She is known in music circles as Sistervee, and her voice – as she sings – sounds like that of a nurse calling all patients to come and get medication to heal them. In her case, though, the medication is the lyrics that flow straight from her heart.

A resident at Gaba village, Sistervee explained that she had started singing early this year after she had had a chain of dreams in which she was instructed to respond to the calling of a singer. “My singing came as a calling from God,” she said. “At first, I dismissed the dreams as such – meaningless dreams, but later on I realised that no person could dream one thing over and over again. This was a purposeful dream.”

Before she pursued singing as a career, she had loved the music of Ayanda and Poshy Gal, who all sing in the manyalo genre. “They are two singers who had walked the path before me, and I had come to respect them for their versatile talents as active singers who entertained thousands of people,” she said.

However, Sistervee said that casting her burdens unto God had kept her strong even in times of storms. “I had defeated many challenges, particularly where I found myself being undermined and despised by people who didn't understand the worth of my talent as a singer,” she said. “I seem to thrive on challenges.”

Her full-length début album will be launched on 18 December, and it will include songs such as Samuyele, Lufuno, Philiphise, Mathada, and Mitokela. 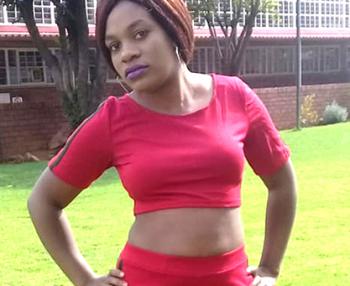