“I have made a pact with my heart to always compose or produce the kind of music that people would relate to, because singing comes easy for me as I sing from the heart.”

A resident of Chavani village, Jake de Vocalist, said that he held the view that music was the source of all joy, happiness and peace, as much as it was a medium with which one could express one’s deepest feelings.

“We sing and listen to music when we are happy, sad or crying – and this is the kind of music that I am doing,” he said. “My music falls within the Riddim reggae genre, which started in the streets of Jamaica a long time ago. It was synonymous with the youths who used it as a tool of expression.”

He said he had always strived to compose the kind of music that touched the hearts and healed the souls of those who listened to it. “In most of my songs I speak about youths, the elders, women and children; and the only way to reach them is to use the language they understand or use on a daily basis,” he said.

“I have grown a leather skin since I had entered the industry, because if I were to let challenges dribble me, I would have quit singing a long time ago,” he said. “I didn't just happen to fall into the industry by chance, but it was through a calling that I had accepted or responded to, and then the rest is a matter of honing one's skills in order to excel and please my listeners.”

Jake de Vocalist is currently working towards setting up a live band that will mesmerise people on a different level. “I also aim to transfer my music skills to other people because Riddim reggae is a rare genre here locally,” he said.

He became famous with songs such as Stop abuse of woman and children, Veri ni dyisiwile, There is a light after the tunnel, Xaka ra mina, Can do me like you, bring back Mandela, and Va ta ku jolela.

“In fact, winning the best Xitsonga award had earned me much respect from those who listen to my music, and I have noted a marked addition to my fanbase,” he said. “In 2019, I have achieved so many things in musical terms and I look forward to 2020!” 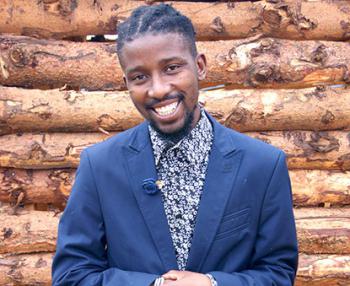 Jake de Vocalist holds the view that music is the source of all joy, happiness and peace.