The Vuwani reggae icon, Bashy Jahbless, is on a mission to take South Africa by storm with songs from his unreleased album, entitled Life's a blessing.

The album is due in April next year, and he is only sampling the material for listenership purposes on radios. Some songs from Life's a blessing were well received by the public, with Welcome reportedly scoring position one on an online reggae radio station, known as Reggae Ke Mmino Riddim.

“This was out of 17 reggae artists from around the world,” he said. “This only meant that I had managed to compose a song that had beaten them all.”

Some of his followers who had listened to songs from the forthcoming album had requested him to release the album this year. However, he was not keen to do so, because he felt that more material still needed to be revisited with a keen ear, to ensure that a quality project was finally produced. “The value of reggae music is not in the quantity but quality,” he said.

Many reggae artists respect Bashy Jahbless for his unique and different style, and they are always eager to feature him in their musical projects. “So long as they would not want to compromise quality, they are welcome to contact me, so I can work with them,” he said.

The 30-year-old reggae artist is now working hand in glove with an upcoming female artist LeTwice in a bid to mentor her and show her direction in the music industry.

He was born Bashean Mudau. He resides at Tshitungulwane village in Vuwani. He can be reached on 072 944 4528. 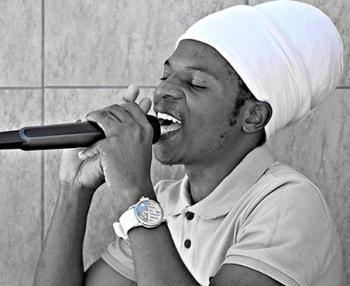 Bashy Jahbless is on a mission to take South Africa by storm with his music.