Meet the Mufhanzi hitmaker of a gal

For the 24-year-old Mutshidziwa Makuya, music has become a way of celebrating life, entertaining people and reaching out to people with messages of love, unity and advice.

She became popular with the hit song Mufhanzi in the middle of this year.

She is known in music circles as Mukololo and her name means “princess” or nobility (from the royal family). Maybe her stage name has to do with the fact that she is a “Makuya” and she comes from Ha-Makuya.

“I am a house and manyalo artist, and I am continuing to find life's meaning in and via music,” she said. “I had discovered my singing talent during a Life Orientation period after my teacher had requested me to sing as part of the lessons. I found out that I was a good singer.”

She found music to connect her to the Higher Power where she experienced life as more of a gift that needed to be treasured and celebrated. “Life is sacred, and many people are not aware of that fact; that's why we all must love life,” she said. “Music means a lot to me, and without music I don't see myself leading a good life.”

She sings about issues of love, hatred, love, unity and peace. “We need to do away with any hatred, vengeance and all other criminal elements within our communities,” she said. “There's more to life than living in disarray – love conquers.”

She continues to get inspiration from the musical journey of Sho Madjozi. “Just listening to her music and watching her perform is enough of a dose of adrenalin for me,” she said. “We need more energetic artists like her in this age.”

Her début album is entitled Mufhadzi, which includes songs such as Kha-tshi fare, Ariho robva, U kambiwa hu a dura, Magaraba, Ngadeni, Musadzi vhukuma, and Zwiliwa zwa nnda. “I call upon all my fans to support my music directly by buying original CDs and buying tickets for my shows,” she said.

She acknowledged the support she had received from her mother, who had played a pivotal role in her musical career. “Most of us are raised by single female parents whom we salute for rearing us with respect and love to be responsible social beings in this world,” she said.

For performance bookings and other business matters, Mukololo can be reached on 079 940 5174. 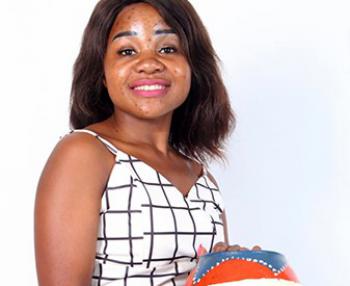